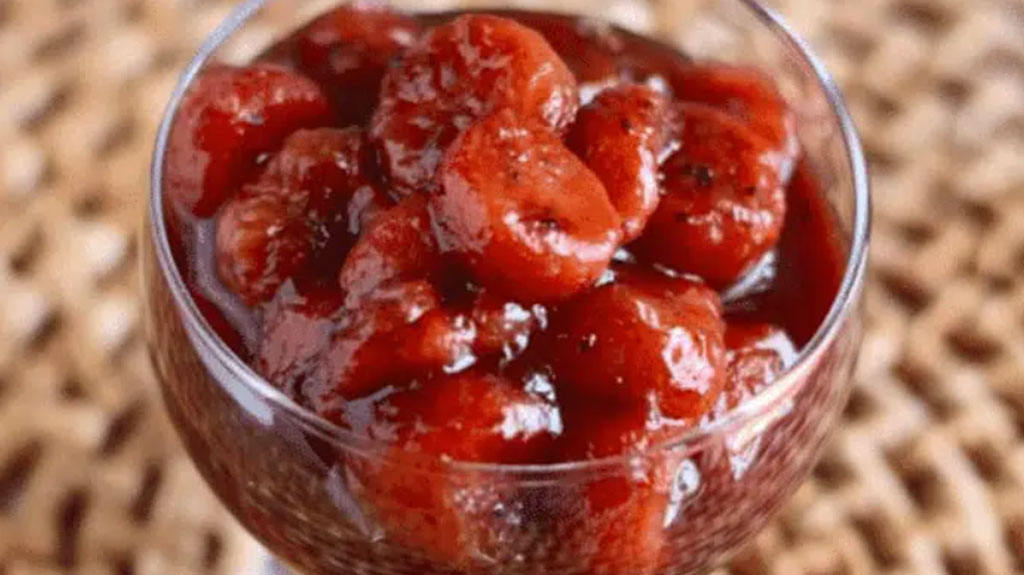 It's a sweet made out of ripe bananas. Think of a banana marmelade. Bananade?

Cut bananas into circular slices (or the shape of your liking)

Put sugar in the pan until it turns into soft caramel. Keep mixing so it does not burn.

Once sugar is caramelized, throw in the water mixed with cinnamon and mix. Wait the caramel rocks to melt again.

Once it’s mostly meled, throw in the banana slices. And as optional flavouring, add Cloves.

Now cook until the banana has browned a bit and has absorbed caramel.

You can partially cover the pan to keep some of the water in, so the sweet stays soft.

Once finished, turn off the fire and remove the cloves (if added).

Once finished, let it cool off before putting it in the fridge.

You can also add whipped cream on top with a bit more of cinnamon :yum: